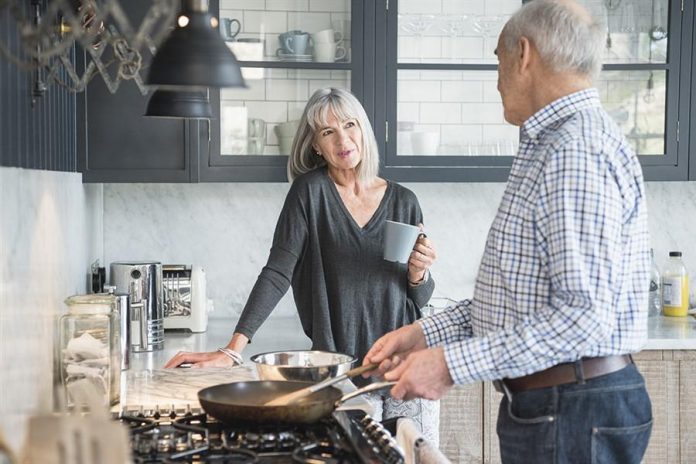 The popularity of lifetime mortgages is growing across every UK region, according to the Equity Release Council’s Autumn 2022 Market Report, as homeowners aged 55+ draw on the wealth they have accumulated through paying down their mortgages and long-term house price growth.

Over the last four years, Wales (50%), the North-West (38%) and West Midlands (31%) have seen the biggest increases in the number of older homeowners using equity release products to access money from their homes, while retaining ownership and the right to remain there for life.

Analysis of regulatory data shows every region across the Midlands and North of England has seen at least 26% growth in the uptake of lifetime mortgages since 2017.

The trend comes as the Council’s analysis shows rising house prices have pushed the overall valuation of UK housing to a record £7 trillion after annual house price gains hit 12.8% in May.

While UK households have collectively taken on over £100bn of extra mortgage debt over the last two years, rising prices have continued to increase the equity at their disposal.

As a result, just 22.8% of the average UK property is now owned via mortgage debt – the lowest figure since before the 2007/8 banking crisis – with the remaining 77.2% owned in equity or cash.

Property owners, including homeowners and landlords, have gained the equivalent of £46,000 equity per household since summer 2020.

Like many borrowing products, equity release loans have been impacted by rising interest rates so far in 2022. The average product rate rose from 4.10% to 5.74% between January and August¹.

However, this increase was more modest than for many other types of mortgage products over the same period. The Council’s data also shows the average new customer secured a lower rate of 3.71% in H1 2022 after taking financial advice to assess their needs, options and alternatives.

Since 28 March 2022, all new products taken out from Equity Release Council members have allowed customers the option to make voluntary partial repayments with no early repayment charge (ERC), typically up to 10% of the loan per year.

This gives customers the opportunity to reduce their loans as and when they can afford to, without risking repossession for missing repayments.

The majority of products permit early repayment with no extra charge

Almost nine in ten products (89%) now come with fixed ERCs, which typically decrease to zero over a period of time, after which the customer can repay their loan plus interest before the typical ‘end point’ (where the customer passes away or moves into care) without incurring an ERC.

The majority of products offer compassionate repayment windows – typically allowing three years after an event such as bereavement to repay the loan early with no ERC – while 63% provide downsizing protection, allowing ERC-free repayment if the customer moves to a smaller home.

Importance of consulting with family

The Council’s analysis also shows just four complaints about equity release products were upheld of those published by the Financial Ombudsman Service (FOS) in H1 2022.

More than seven in ten equity release complaints to FOS come from family members or an executor, rather than the customer.

The Council urges anyone considering releasing equity from their home to include family members or those close to them in their decision, wherever appropriate.

Equity release can only be taken out from a Council member after receiving regulated financial advice and independent legal advice, which considers factors including potential alternatives; the potential impact on tax and benefit entitlements; the role of a Power of Attorney; considerations of health, life expectancy and future care needs; and having a realistic expenditure budget plan in place for any funds released.

“Our Autumn 2022 report shows releasing equity continues to evolve from having been an outlier to being embraced as a nationwide trend, with modern flexible products helping to meet a variety of needs.

“Rising house prices have meant that, while national mortgage debt has grown, it is secondary to vast reserves of housing equity which can help multiple generations to achieve financial security by giving them more options and choices in managing their money.

“More than ever in these challenging times, equity release should neither be a default option or last resort; it should routinely be considered, alongside potential alternatives, with both short and long-term financial goals in mind.

“The greater product choice of the 2010s needs to translate into greater awareness in the 2020s so that every homeowner is prompted to consider where property wealth fits into their financial plans and not miss out on an option that could improve their quality of life.”

About the Autumn 2022 Market Report

The Equity Release Market Report is designed and produced by Instinctif Partners on behalf of the Equity Release Council. It uses aggregated data supplied by all active provider members of the Council to create the most comprehensive view of consumer trends and product uptake across the equity release industry.

The latest edition was produced in Autumn 2022 using data from new plans taken out in the first half of 2022, alongside historic data and external sources as indicated. All figures quoted are aggregated for the whole market and do not represent the business of individual member firms.

About the Equity Release Council

The Equity Release Council is the representative trade body for the UK equity release sector with over 700 member firms and 1,750 individuals registered, including providers, funders, regulated financial advisers, solicitors, surveyors and other professionals.

It leads a consumer-focused UK-based equity release market by setting authoritative standards and safeguards for the trusted provision of advice and products. Since 1991, over 610,000 homeowners have accessed almost £42bn of property wealth via Council members to support their finances.

The Council also works with government, voluntary and public sectors, and regulatory, consumer and professional bodies to inform and influence debate about the use of housing wealth in later life and retirement planning.

Where to Buy Property in London in 2023