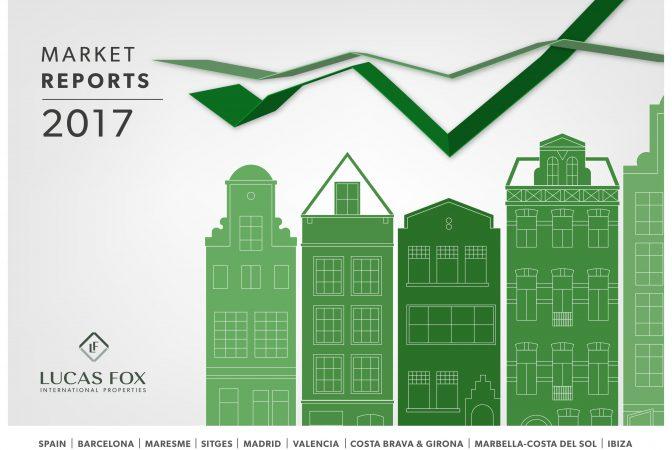 In the first quarter of 2018, the average price increased even further to €925,000, up 18%, showing that the prime property sector is back in business.

2017 saw the Lucas Fox Madrid office enjoy its most successful year to date with overall sales up by 92%. Lucas Fox Valencia sales were up by 86% in 2016.  Despite the uncertainty caused by the political situation towards the end of the year, sales of homes by Lucas Fox’s Barcelona office went up by 24%.

“Falling unemployment, low-interest rates and a strong economy have all contributed to the growth in the Spanish property market,” comments Lucas Fox Head of Operations Rod Jamieson. “Official figures now indicate that the market has recovered from the crash of 2008 with transactions reaching pre-crisis levels in some areas. Overall prices, however, remain below the levels of 2007, offering attractive opportunities for investors across the whole of Spain.”

In a bid to meet the growing demand for new homes in the Spanish capital, Lucas Fox Madrid launched a brand new promotion in General Martínez Campos 19, twenty-seven newly renovated luxury residences in the desirable Chamberí district with a pool, gym, terraces and parking. In Barcelona Casa Burés and Girona Apartments are also catering for the demand for centrally located, high-end homes with historical features, which particularly appeal to international buyers.

With Barcelona and Madrid continuing to show positive data for new homes growth, Lucas Fox is predicting growth in areas such as Valencia and Girona Province (which includes the Costa Brava) during the coming months and years.

“We expect that 2018 will prove to be a pivotal year for New Developments on the Costa Brava,” comments Lucas Fox Partner Tom Maidment. “2017 saw a 25% year-on-year increase in New Development sales in Girona Province and we would expect this figure to increase significantly in the next couple of years as developers and investors look to take advantage of market conditions and develop their assets in the region. Despite recent increases in the construction and sale of new-build properties, we are still a long way off the levels during the peak of the market in 2007. In common with other resort areas the recovery of the Costa Brava property market is still some way behind the city markets.”

Cala S’Alguer Apartaments in Palamós on the Costa Brava was recently launched and 80% of the units available in the initial launch phase have already been sold.

Lucas Fox Valencia is also successfully selling a promotion in the highly sought-after Turia Gardens district of the city. Jardines de la Ciudadela is one of the first centrally located new development projects in Spain’s 3rd city in several years.

Where to Buy Property in London in 2023